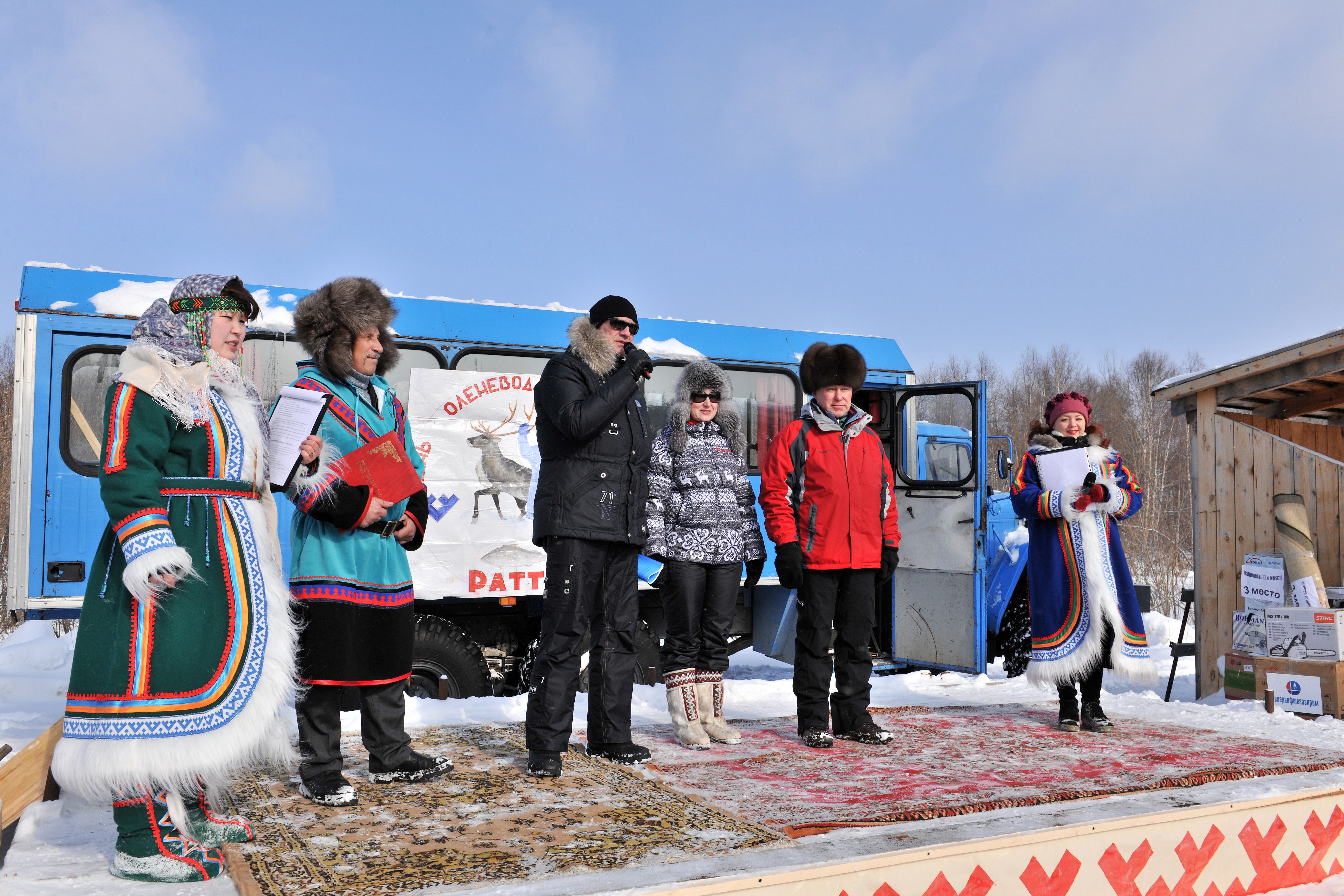 As a socially responsible company, Severneftegazprom is concerned about the well-being of residents of the territories surrounding the Yuzhno-Russkoye field. Each year the company carries out activities to support the northern native peoples.

The company regularly informs residents in neighboring areas through municipal mass media about important events taking place in the company. The closest residential areas to the Yuzhno-Russkoye field are the village of Krasnoselkup, the regional center, 135 kilometers to the east of the field, and the settlement of Urengoy, 90 kilometers to the west of the field. Those communities have historically been home to native peoples of the north whose numbers are small.

Severneftegazprom takes an active role in social support for native peoples and does all that it can to protect the history, culture, observances, and traditions of those small northern nationalities.

At the stage of development and agreement on the infrastructure project for the Yuzhno-Russkoye field, a meeting was held and well attended to hear a report on an evaluation of the environmental impact of developing the field. The report addressed safeguarding the interests of native peoples of the region. Evidence of effective interaction between the company and local residents can be found in the fact that during the entire period of Severneftegazprom’s production activities there has not been a single protest from indigenous groups.

The company concludes general agreements each year with administrations for municipal education in the Krasnoselkupsky and Purovsky districts of the Yamal-Nenets Administrative Okrug. These agreements for mutual cooperation underlie development of hunting, farming, and other ways of life that are traditional for native peoples of the north.

Severneftegazprom regularly carries out activities for the social and economic advancement of the region where it operates. The company provides considerable support for farming and other livelihoods of native peoples. It gives grants to teachers and other professionals in educational institutions and pays for studies at universities and institutes.  The company is financing the construction of ambulatory healthcare facilities in the village of Samburg. It also gives aid to sports and religious institutions.

General agreements were first concluded in 2006. From that time through 2013, Severneftegazprom has provided more than 236 million rubles for the development of the Krasnoselkupsky and Purovsky districts, Novy Urengoy. In doing so, the company has taken a proactive course to creating stable, long-term cooperation with the administrations of municipal education.

In 2009, in realization of a strategy to balance financial goals with environmental and social responsibilities, Severneftegazprom implemented its Action Plan for Consultation with the Public and Disclosure of Information. Its aim is to enable the public to express opinions on the results of company activities based on objective information. The plan facilitates constructive dialogue between the company and interested parties in order to preclude risks of untimely reactions to feedback from the public.

Along with building trusting relationships with our neighbors through general agreements, Severneftegazprom provides philanthropic programs to assist veterans, orphans, and people with limited capabilities. In December 2010, for example, the company began sponsoring the Geolog youth hockey school in the settlement of Urengoy, Pruovsky District.

Severnefftegazprom’s philanthropic programs are the best evidence of our involvement in the life of the local community and our commitment to universal values. Our comprehensive approach allows us to play a meaningful part in stable and dynamic growth of the community, to look with optimism toward the future, and to strive toward realizing our targeted prospects.

January 9, 2023 marks the 25th anniversary of the founding of OJSC Severneftegazprom