The results of the competition for the PJSC Gazprom Prize in Science and Technology for 2021 have been announced. The project «Development and implementation of an innovative method of well workover to reduce greenhouse gas emissions and negative environmental impact», presented by the team of authors of OJSC Severneftegazprom, became a laureate of the prize.

The experts of the competition have recognized the practical importance of the new well workover method and recommended it for the use in all subsidiaries of the company.

The reduction of negative greenhouse gas emissions is recognized by the world community as one of the priority tasks. The team of authors substantiated the methodology and organized testing of threaded connections, carried out studies of the results obtained and developed an innovative method of well workover with a new technology of manual arc welding of the threaded connection «conductor sleeve - mounting branch pipe of the column head». 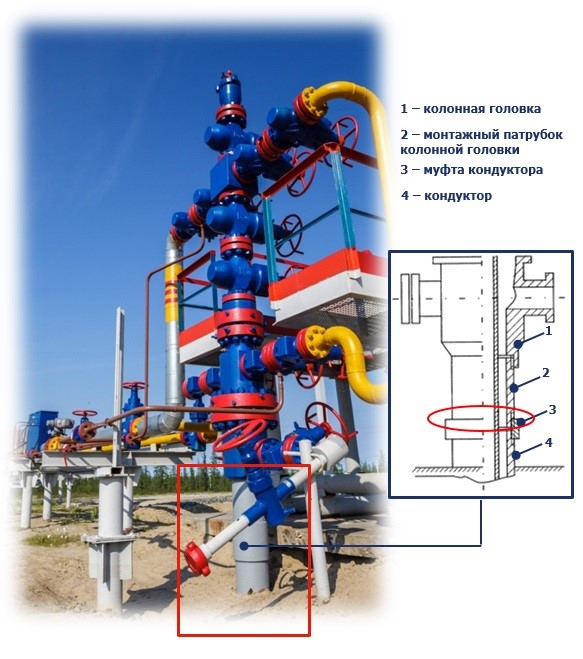 The use of an innovative well workover method made it possible only at the Yuzhno-Russkoye field to prevent natural gas losses in the amount of 14.806 million m³ since 2013. Reduction of negative greenhouse gas emissions amounted to more than 210 thousand tons in CO2 equivalent. In addition, the duration of the workover is significantly reduced, the need to shut down the well and the negative impact on the bottomhole formation zone during killing is eliminated.

Based on the results of the introduction of an innovative workover method at the wells of the Yuzhno-Russkoye field, an economic effect with high profitability was obtained. The profit of OJSC Severneftegazprom from the application of the innovative method will amount to approximately 171.9 million rubles until 2027. The proven well workover method is already being successfully used by other enterprises of the fuel and energy complex on the basis of license agreements.

PJSC Gazprom's Science and Technology Prize is a very high award. The industry competition evaluates major developments in the field of production, transportation, storage, processing and use of hydrocarbon raw materials, resulting in the creation, improvement and effective use of samples of new equipment or technologies.

No more than ten such prizes are awarded annually. It is awarded based on the decision of the Gazprom Management Committee. You can take part in it no more than once every three years.

This is not the first time that OJSC Severneftegazprom's inventions have been highly appreciated by the organizers of this prestigious competition and have always attracted the interest of colleagues from other companies. Innovative solutions of the Company's innovators simplify daily work, increase the efficiency of technological equipment operation, and significantly reduce the company's costs.