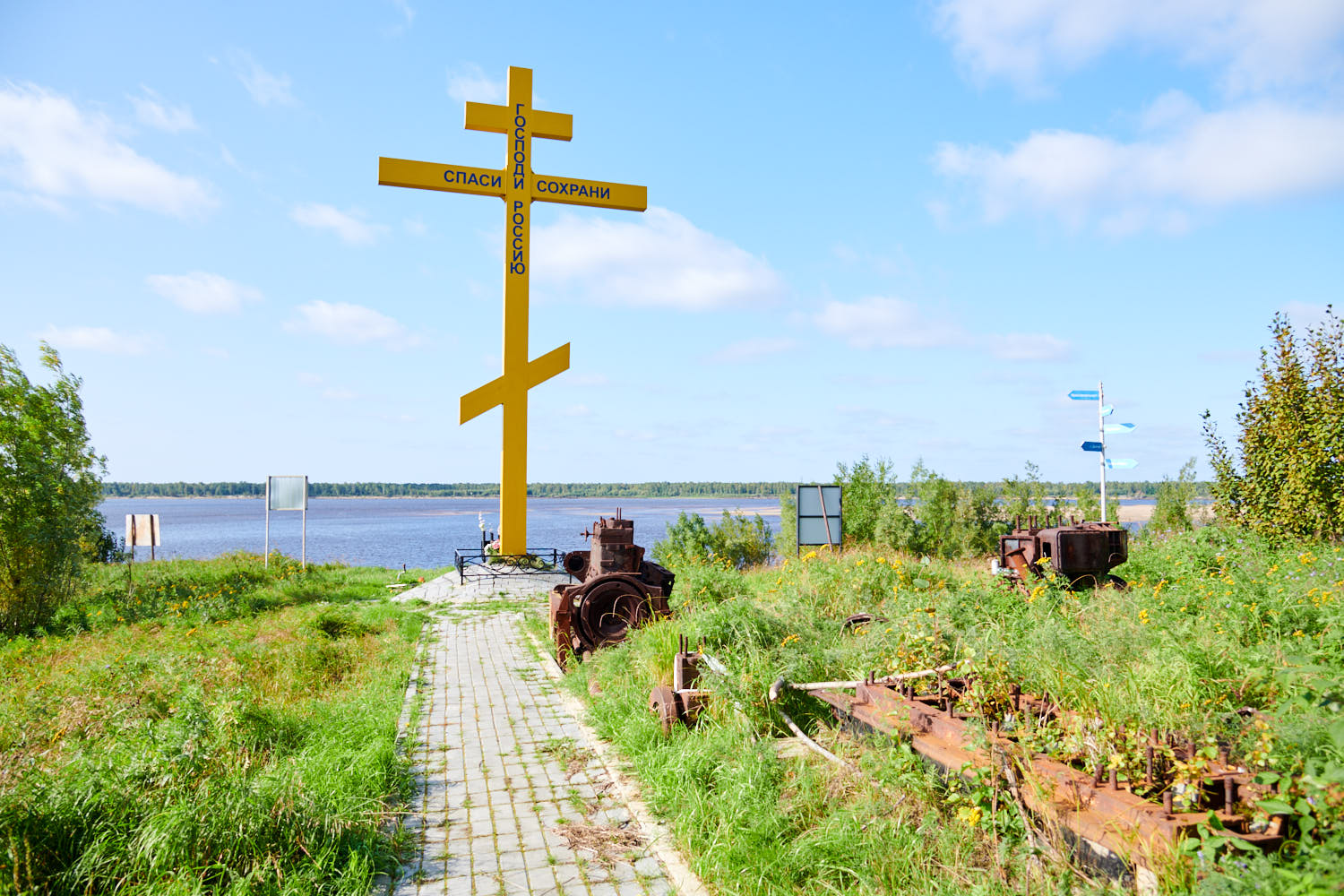 Employees of OJSC Severneftegazprom are sent to the Krasnoselkupsky district to the place of the legendary "dead road" every year to restore the order at the Poklonniy Cross. This year was no exception. To make a clean-up, mow the grass, lay flowers at the Poklonniy Cross, touch the history of Stalin's times - the purpose of the trip. 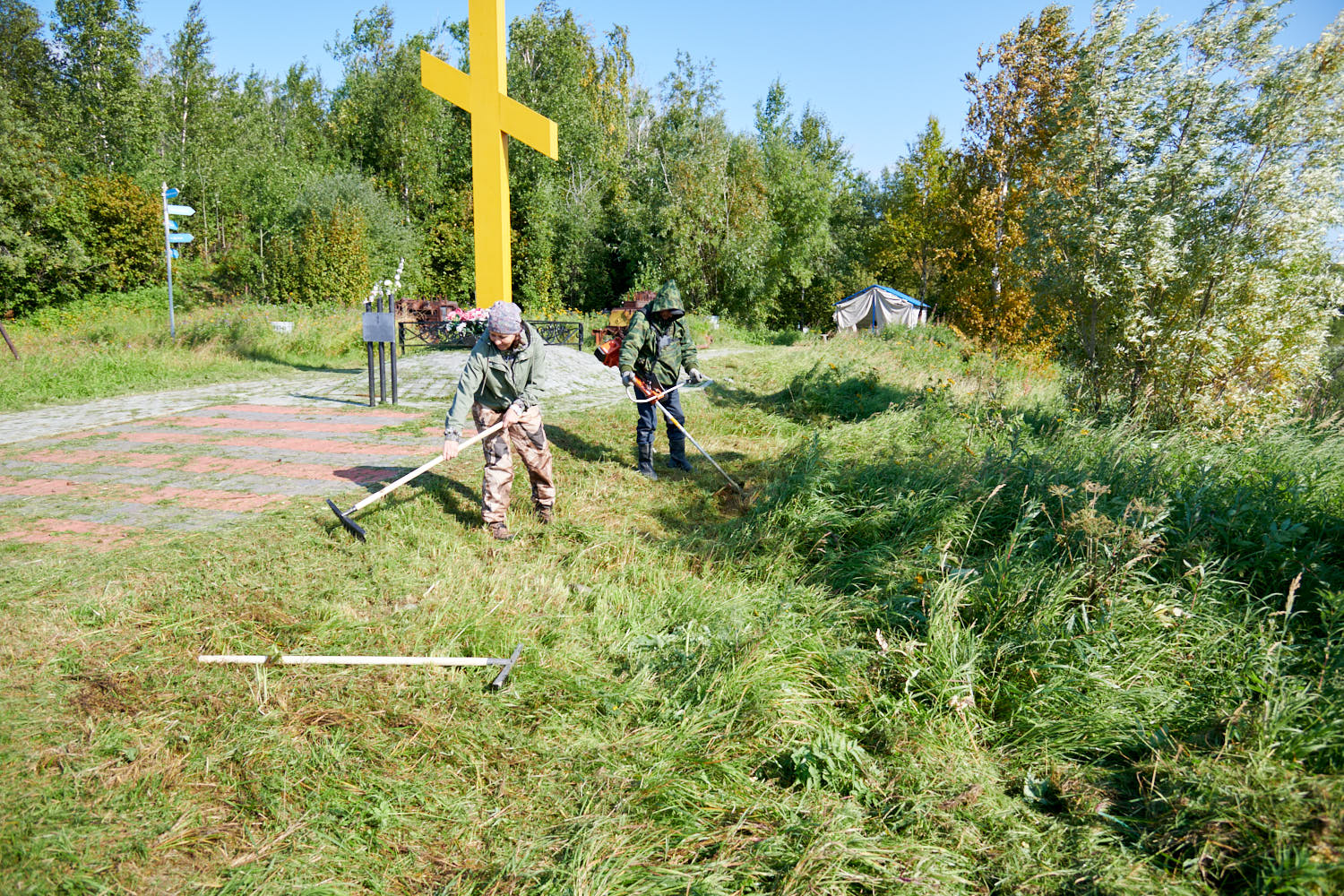 Elena Fedorova, a specialist in the public relations and mass media service of the Company, is a regular guest of memorable places in Yamal, notes that the place of the legendary construction of the Trans-Siberian Railway is special, history breathes here, the pages of books come to life.

«An hour and a half by helicopter from Novy Urengoy to Krasnoselkup, another hour by motorboat on the Taz River and here it is - a living legacy of time. On the shore rises a huge, taller than human growth, Bow cross with the inscription: «Lord, save and preserve Russia!» And further, in the depths of the forest: the ruins of barracks, the rusted and sad remains of steam locomotives, destroyed embankments, a rail track lost in the tall grass, like the last path for a whole era», Elena Fedorova shares her impressions.

Recently, interest in construction sites 501 and 503 has been increasing. Excursions come here, people want to see with their own eyes what they read about in books, watched in the movies. Together with tourists, the amount of garbage is growing, the territory requires maintenance and renovation. 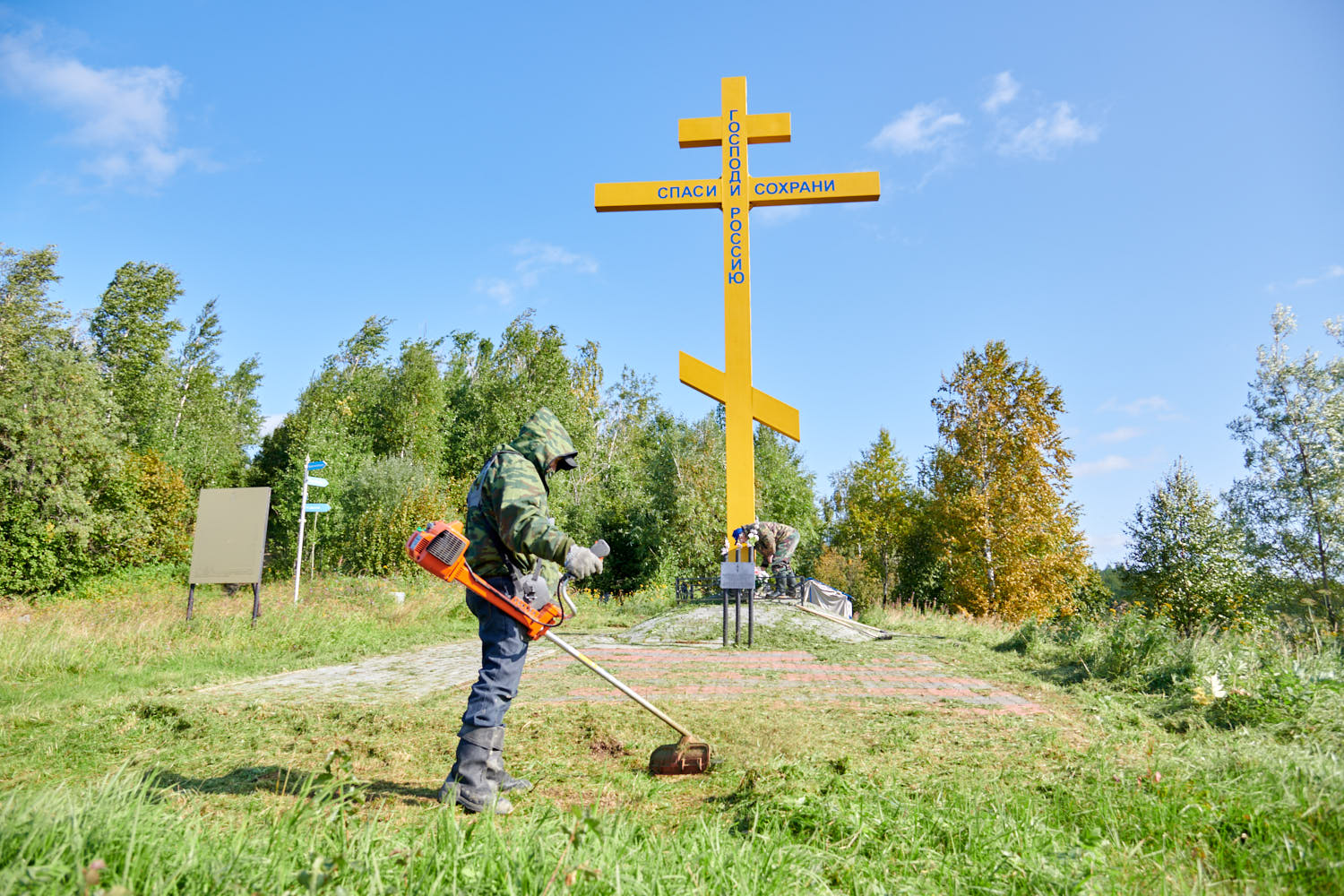 Traditionally, the employees of the Company, together with representatives of the Krasnoselkupsky District Administration, hold clean-up days at the Poklonny Cross. So this time they cut the grass, removed the path and summer house, took out the bags of garbage. As a reminder, the Poklonny Cross was installed and landscaped in June 2009 by OJSC Severneftegazprom with the support of the Krasnoselkupsky District Administration. 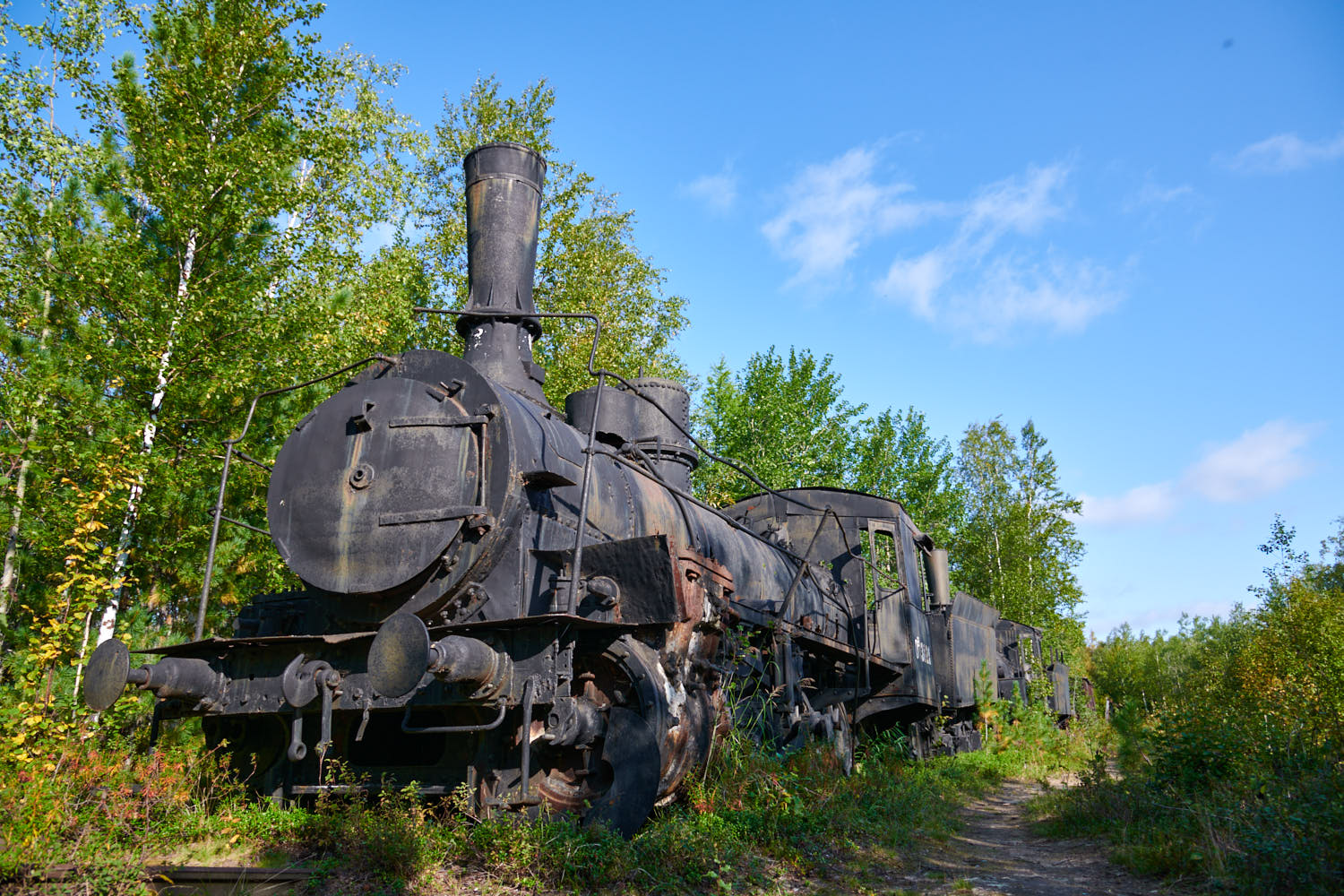 The construction of the Salekhard-Igarka railway, which was supposed to run along the Arctic Circle in permafrost conditions, was supposed to take five years. The road was of strategic importance and would connect separate regions of the north of Siberia, rich in minerals. This construction was classified and had two directions: No. 501 - Obskoye and No. 503 - Igarskoye.

Both buildings were supposed to move towards each other, building a railway with a length of 1,480 km. During the construction, 75 workers' settlements, 35 stationary and 11 warehouse buildings were built in the tundra and along the river banks. In the Krasnoselkupsky district, the village of Dolgiy, a railway depot with a repair base, connecting towers and a 20 km section of road were constructed. 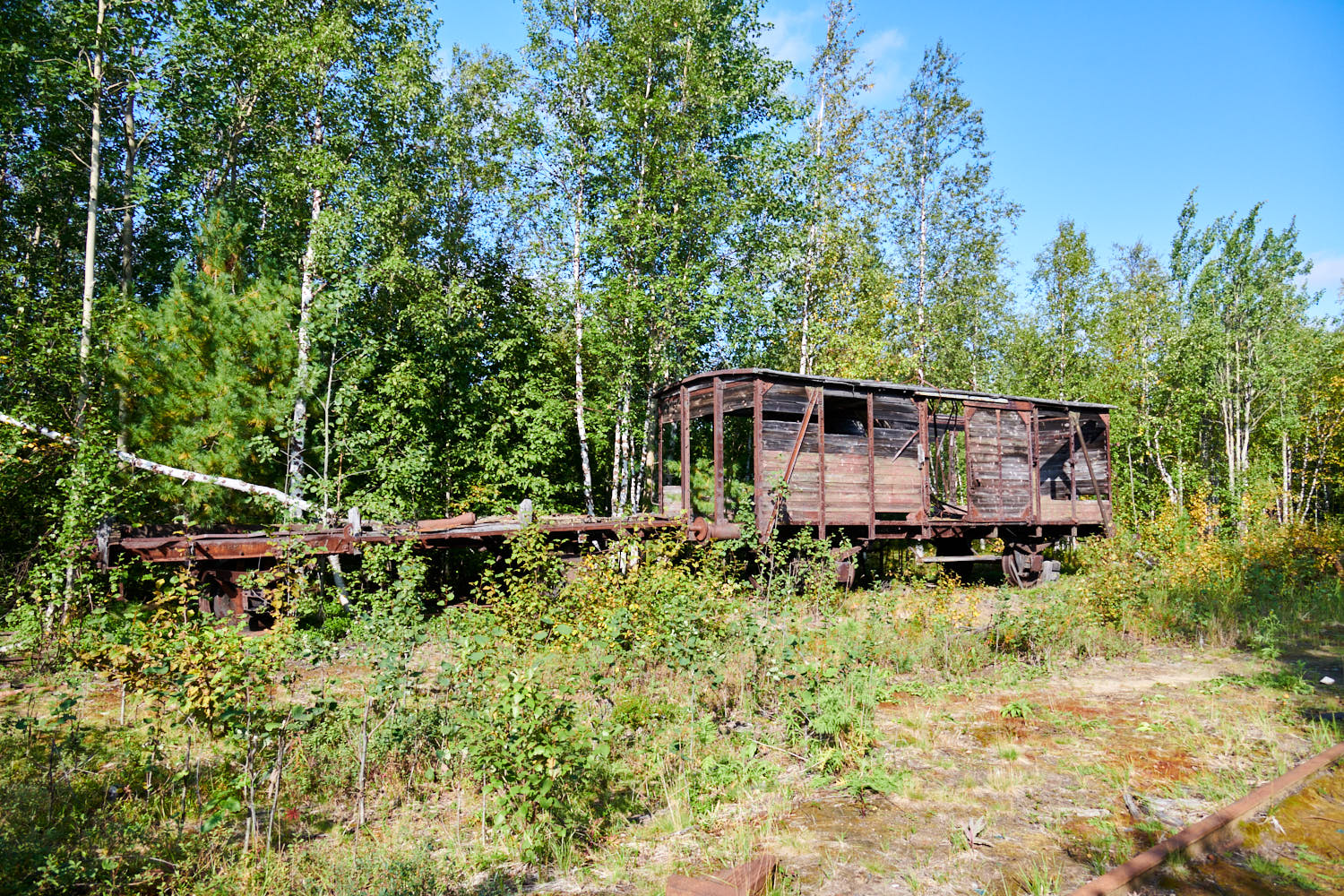 According to the archival data of 1955, there were 354 farms in the Dolgiy settlement and about one and a half thousand people lived. The population consisted of civilians, exiles, camp guards (the camp itself was located 10 km from the village). It was a fairly large settlement. It had its own communication center, school, kindergarten, weather station. It had its own library, club, hospital, bakery. There was a farm and a stable. District inspectors, authorized by the Krasnoselkupsky Regional Department of Internal Affairs, kept order. But the main occupation was fishing. This gave life to the fish factory, which in 1957 was transferred to the village of Tazovsky. And gradually the inhabitants began to leave Dolgoye. The settlement practically ceased to exist by 1960. 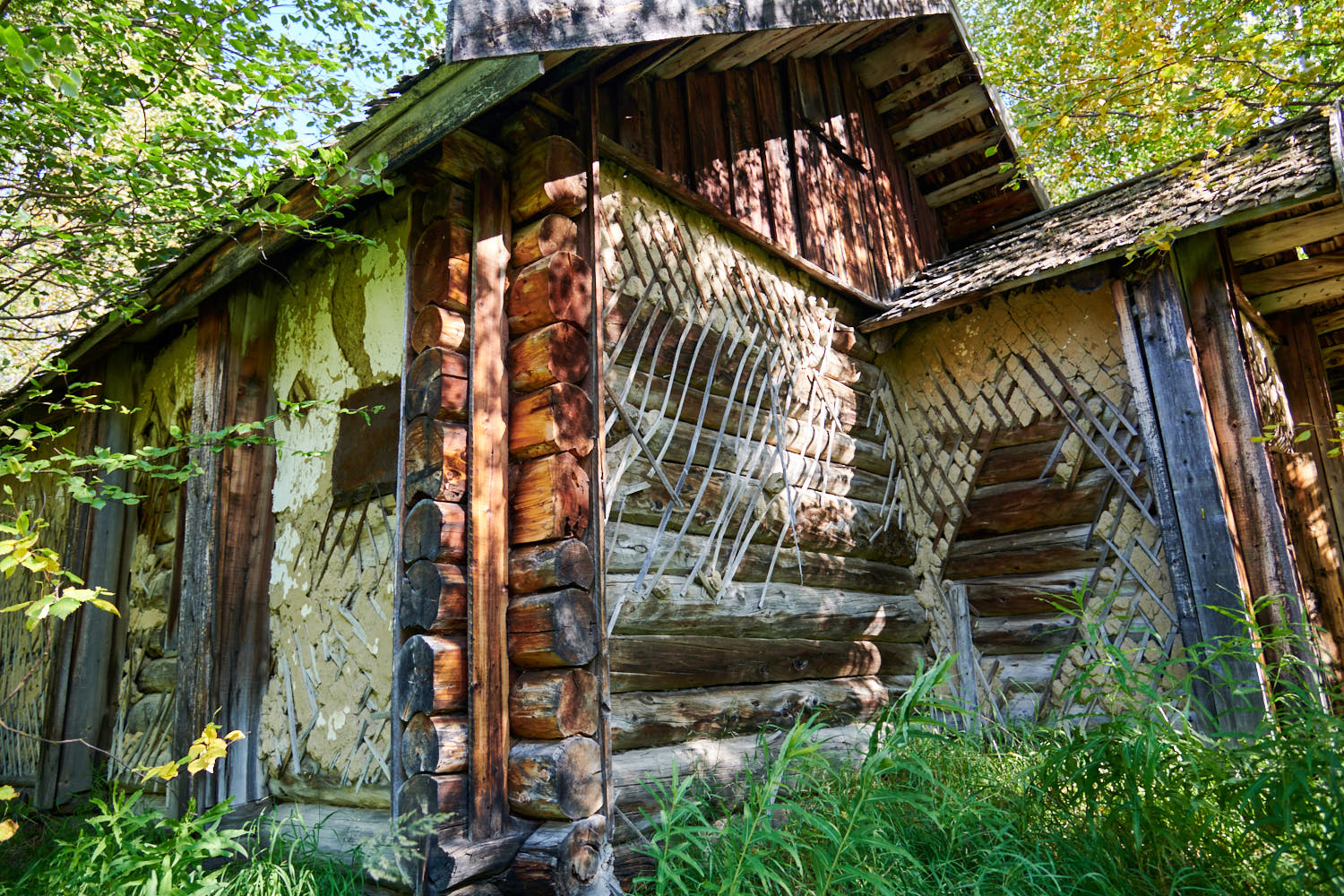 Sidelnikovo station, of Dolgiy siding is one of the cultural heritage sites of Yamal of regional importance. In total, there are 36 such facilities on the territory of the Yamalo-Nenets Autonomous Okrug. Any such object is unique and vulnerable in its own way. The task of each of us is to preserve, restore the historical appearance, reduce the negative impact during the economic development of the region's territory. The specialists of OJSC Severneftegazprom understand that by preserving the historical and cultural heritage, we are laying a solid foundation in the historical and environmental education of future generations. 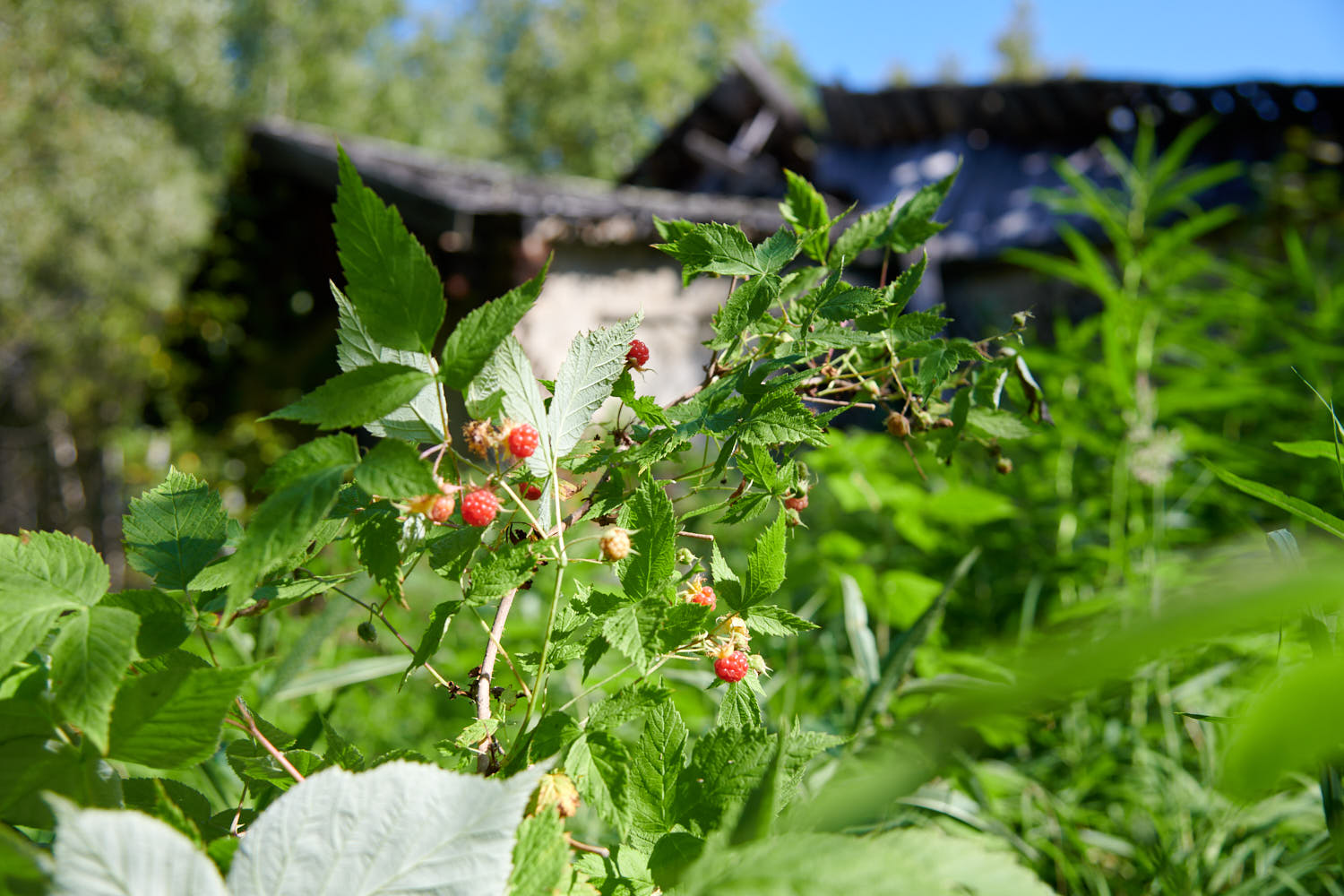