Innovative technologies and advanced developments allow OJSC Severneftegazprom to be among the leaders in gas production. The active introduction of innovations makes it possible for production to be as efficient as possible and to develop hard-to-recover gas reserves on an industrial scale today. The success of the company is determined not only by a competent choice of equipment and technologies, but also by the development of its own engineering thought, the ability to create its own technical developments that allow solving the necessary problems.

In 2020, OJSC Severneftegazprom received patents for two of its own inventions, as well as a certificate of state registration of a computer program. 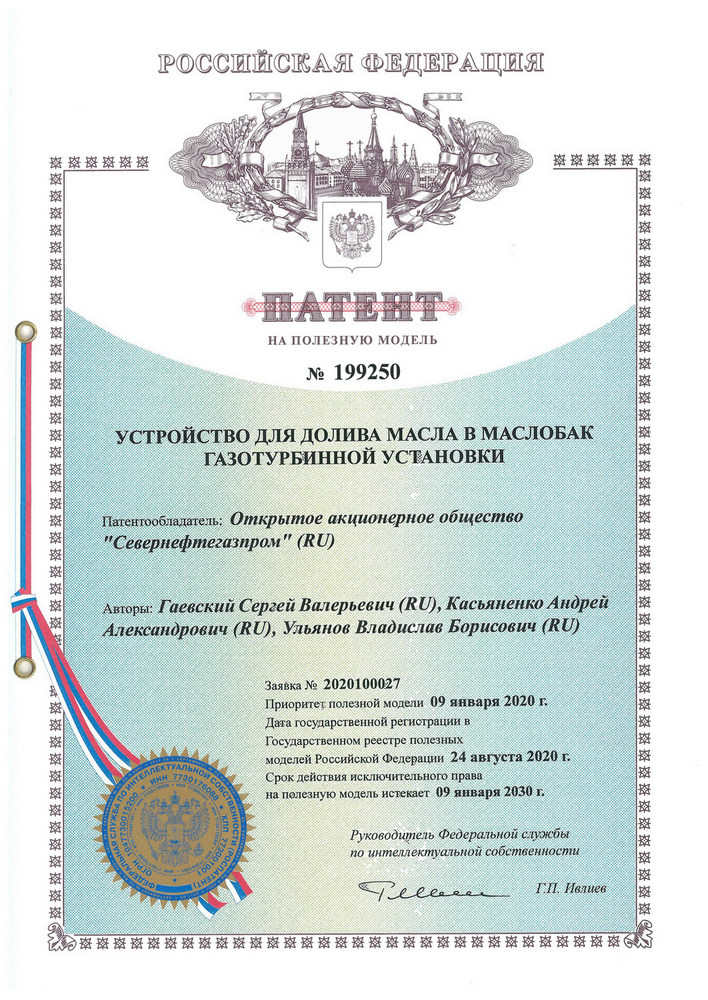 The team of authors consisting of S.V. Gaevsky, A.A. Kasyanenko, V.B. Ulyanov developed a utility model «Device for adding oil to the oil tank of a gas turbine plant». Thanks to the technical solution, equipment downtime were reduced, gas losses that occur during engine shutdown and start were reduced, the negative impact on the environment was reduced, and the work process itself is simplified. 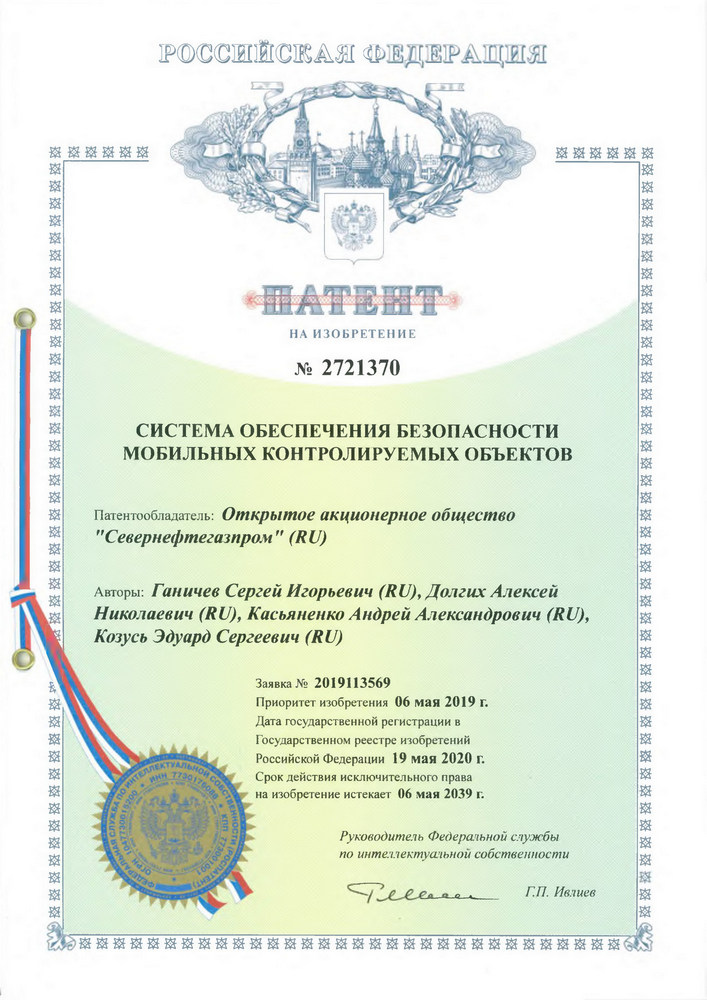 The Company also received a patent for the invention of a team of authors consisting of S.I. Ganichev, A.N. Dolgikh, A.A. Kasyanenko, E.S. Kozus. «Security system for mobile monitored objects», which refers to wireless networks, namely, systems that allow control based on the location of monitored objects. The technical result is to expand the functionality of the security system for mobile objects. 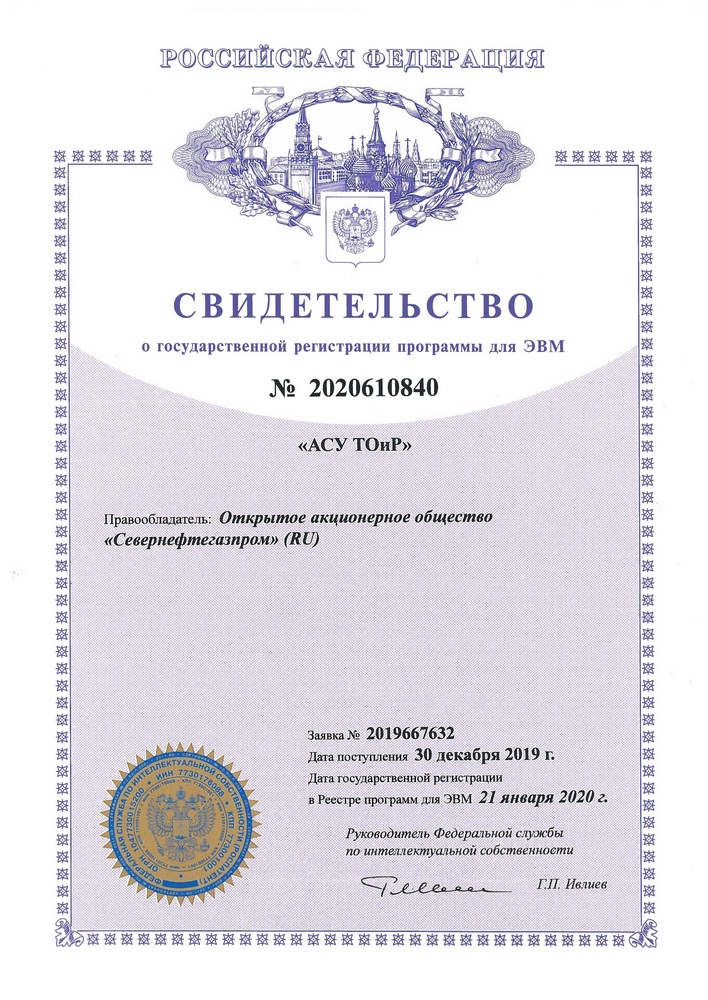 In addition, the Company's specialists have developed a computer program «Automated control systems for equipment maintenance and repair (ACS MR)». Rospatent considered an application for obtaining protection documents for the results of intellectual activity of the team of authors consisting of R.V. Balko, D.V. Ivanov, A.A. Kasyanenko, I.V. Kravchenko, D.L. Simko, A.M. Potekhin, and issued a certificate of state registration of this program.

The innovators and inventors of OJSC Severneftegazprom are confident that these engineering developments can find application in other gas producing companies.