Yet another milestone was reached on May 13 at the Yuzhno-Russkoye field – 300 billion cubic meters of natural gas were produced. The landmark figure was recorded on the main control panel of the gas field at 2.19 p.m. local time.

The achieved result became possible thanks to the well-coordinated work of OJSC Severneftegazprom team, which demonstrated self-confidence, perseverance and professionalism during this difficult time, as well as the support of the Company's shareholders and partners.

Hard epidemiological situation and the introduction of restrictive measures made adjustments to the carrying out of the honor shift and celebrations dedicated to the new production record of the team.

The desired figure was recorded by the incomplete team of the specialists of the gas field services at the main control panel, observing all precautionary measures, including mask regime and social distancing, and then returned to work.

«Behind such achievement as the production of 300 billion cubic meters of gas, hides the tremendous work and dedication of people of various professions. Despite the difficulties that the pandemic has brought to the world, we continue our production activities, ensuring stable gas supplies. I sincerely wish everyone strong health, vital energy, further professional success and well-being» - said Vladimir Dmitruk, General Director of OJSC Severneftegazprom.

Discovered in November 1969, the Yuzhno- Russkoye field was commissioned in October 2007, and in 2009 it was brought to the design capacity of 25 billion cubic meters of natural gas per year. It is also worth noting an important component of the stability of the design capacity of the field - gas from the Turonian Deposit, which belongs to the category of hard-to-recover. In October 2018, drilling of 12 operation wells of the first start-up complex for the Turonian Deposit  was started, and a year later the first billion of this hard-to-recover blue fuel was produced at the Yuzhno- Russkoye field. 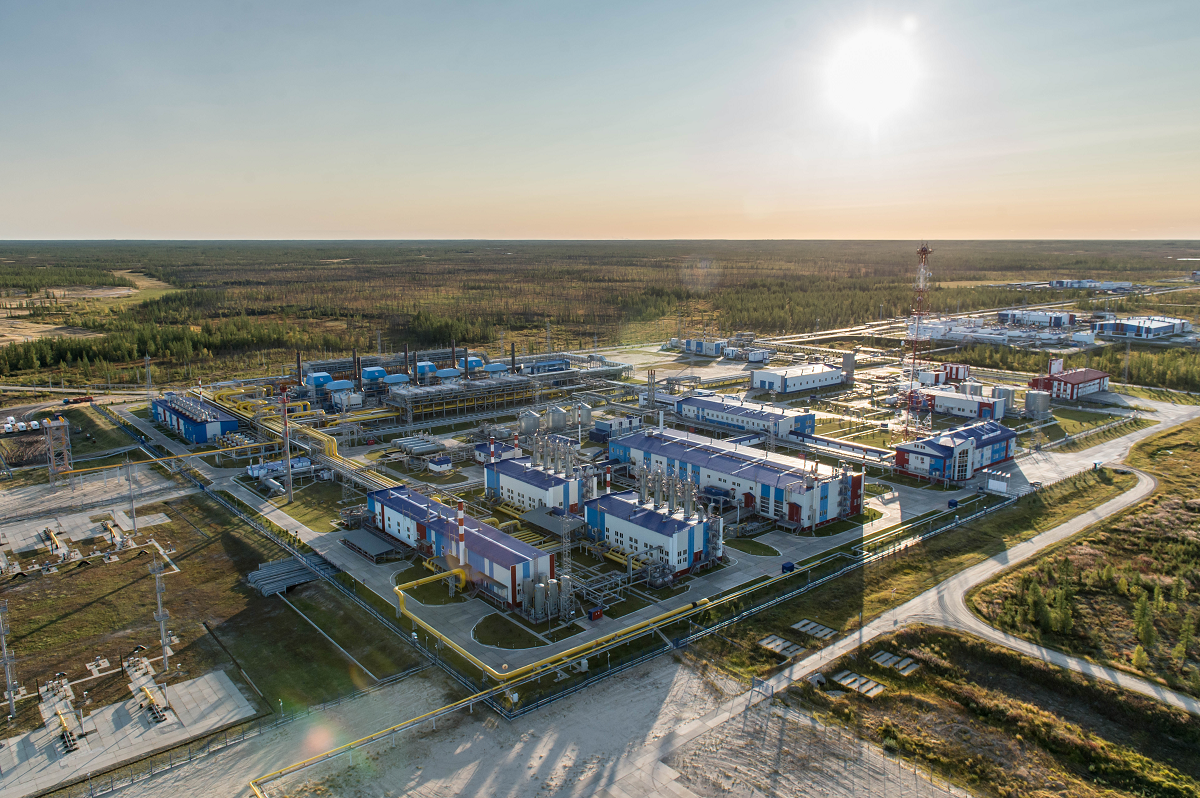