On September 26, 2019 in Salekhard, a working meeting was held between members of the Bundestag of the Federal Republic of Germany and deputies of the Legislative Assembly of the Yamal-Nenets Autonomous Okrug. This is the return visit of the delegation of the German-Russian parliamentary group of the German Bundestag, headed by the chairman of the German-Russian parliamentary group Robbie Schlund, which will last from September 26 to 30.

The main purpose of the visit is to discuss inter-parliamentary cooperation, expand international cooperation, and get acquainted with the activities of the fuel and energy companies.

The Deputy General Director - Chief Geologist of OJSC Severneftegazprom Vladislav Viktorovich Vorobiev took part in a working meeting with the members of the Bundestag of Germany, representatives of the executive bodies of Yamal Government and the top managers of the fuel and energy companies of the Okrug.

Information regarding the natural resource potential, prospects for the development of the agro-industrial complex of the Yamalo-Nenets Autonomous Okrug, the state policy of the Yamal-Nenets Autonomous Okrug on the sustainable development of the indigenous peoples of the North was presented at the meeting. Representatives of the fuel and energy complex shared their experience of international cooperation in the application of advanced technologies and modern methods of exploration and production of natural gas in difficult climatic conditions.

Vladislav Viktorovich Vorobiev made a presentation on the theme «OJSC Severneftegazprom is an example of an effective international cooperation between Russia, Germany and Austria», in which he described the current and future production activities of the Company, special features of geological exploration and production of hydrocarbons of the Yuzhno-Russkoye oil, gas and gas condensate field, which gas is the resource base of the gas pipeline «Nord Stream». 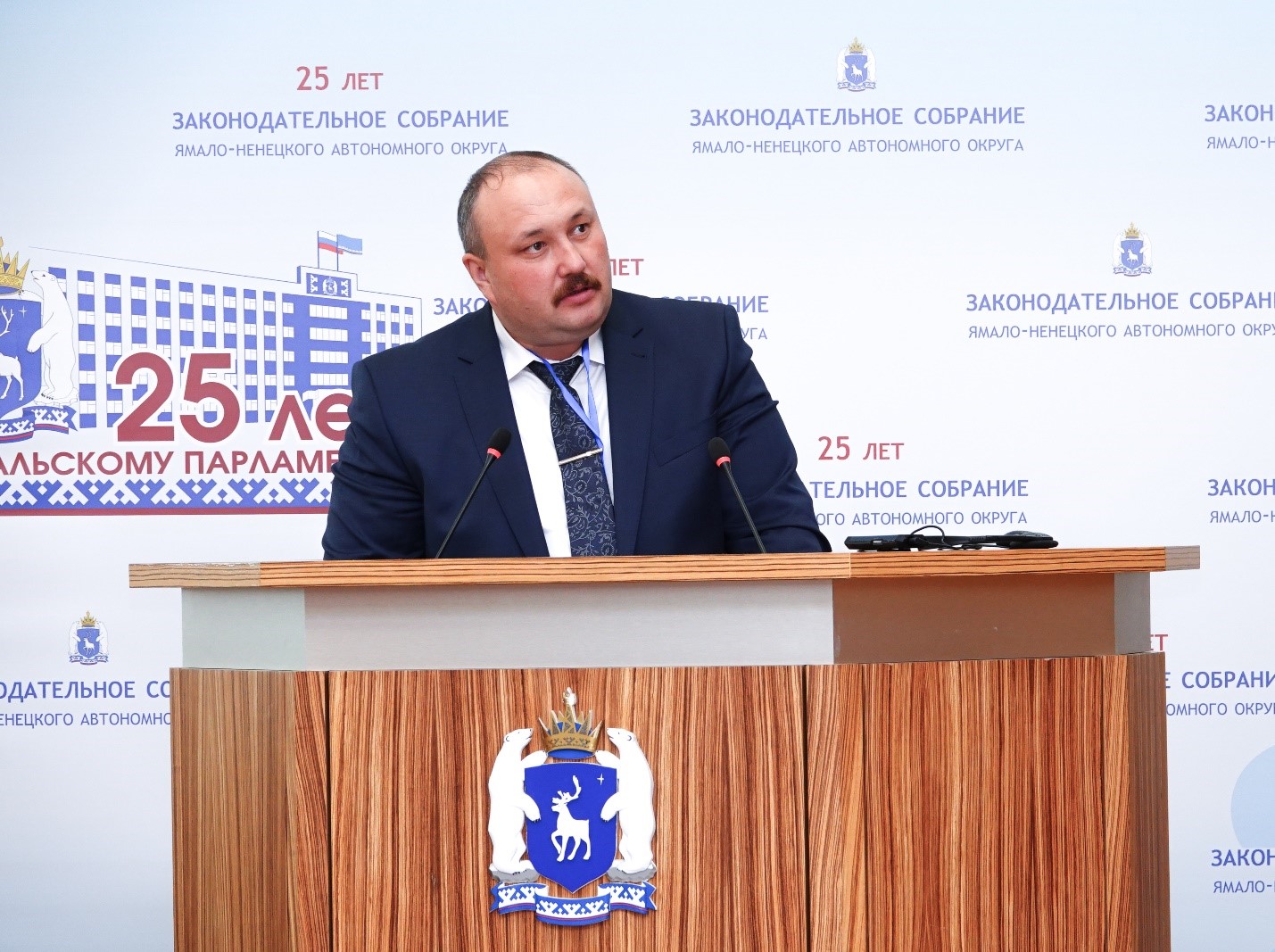 Vladislav Viktorovich concluded by highlighting that stable activity of OJSC Severneftegazprom for over 20 years, high production and economic indicators, undoubtedly, are the result of the joint fruitful efforts of the Company's shareholders - PJSC Gazprom, Wintershall Dea GmbH (Germany) and OMV Exploration and Production GmbH (Austria) and successful international partnerships.

OJSC Severneftegazprom is a striking example of effective international cooperation, within the framework of which strong and reliable relations with foreign partners are built.

In May 2019, Wintershall Holding GmbH completed the merger with DEA ​​Deutsche Erdoel AG. As a result, Wintershall Dea GmbH became the largest independent oil and gas producer in Europe, which is now a shareholder of OJSC Severneftegazprom.

Photo materials provided by the press service of the Legislative Assembly of the Yamal-Nenets Autonomous Okrug.