Newsroom / Newsroom / We remember, we are proud! /

We remember, we are proud!

A festive procession dedicated to the 74th anniversary of the Victory in the Great Patriotic War was held on May 9th along the main street - Leningradsky Prospekt in Novy Urengoy. The parade was attended by groups of organizations and enterprises, young people, cadets and schoolchildren. Residents of the city gathered on the square in front of the GDK «Octyabr», and the main heroes of the holiday were veterans and front workers, widows of combatants, children of war. 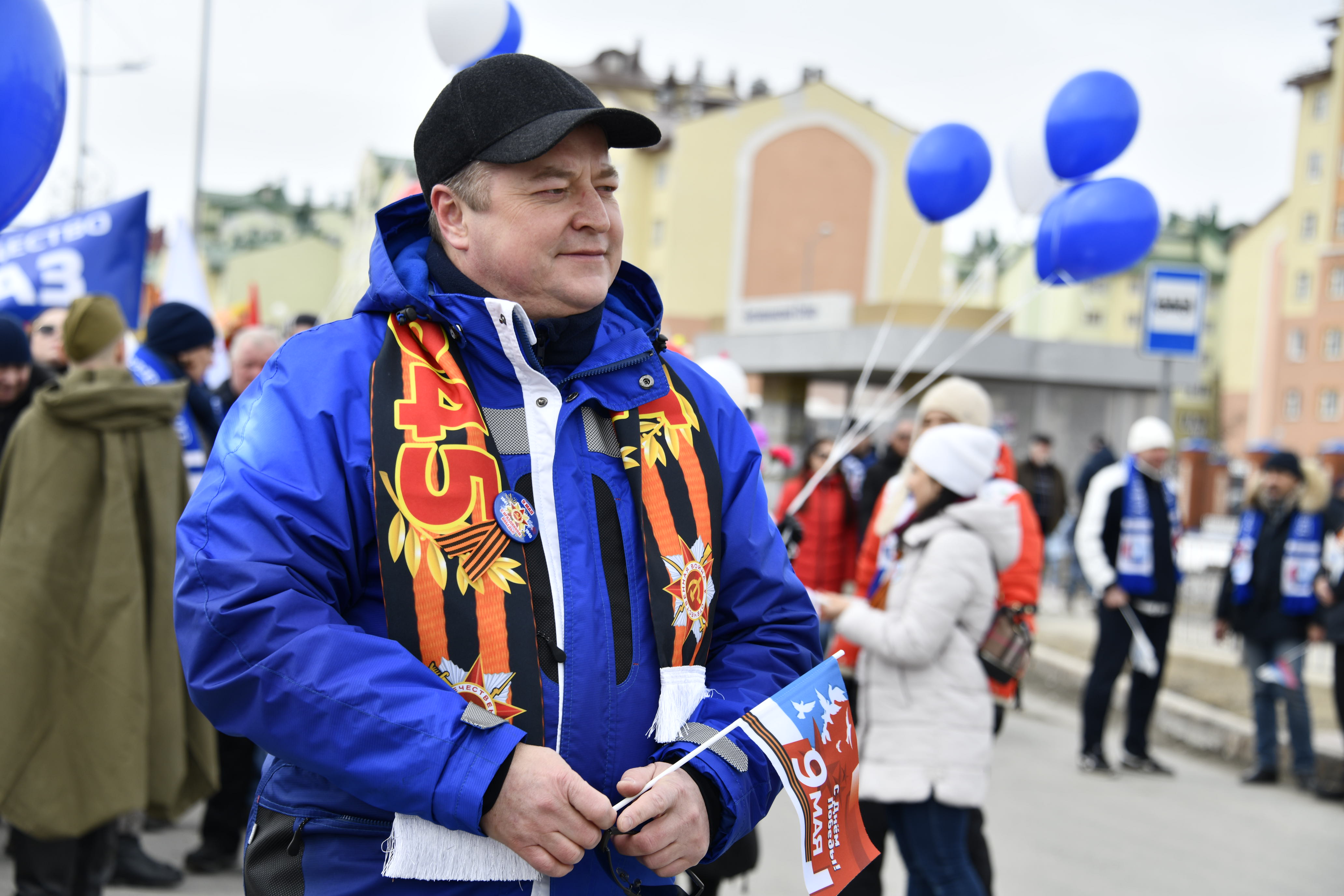 Employees of the OJSC Severneftegazprom team together with their families also took part in the parade dedicated to the 74th anniversary of the Victory.

«On this day we honor all our veterans, those who gave us the opportunity to live happily, those who fought with arms and those who struggled for the victory in the front, who endured the hardship and deprivation of this difficult war and gave us the chance to live the way we are living», said Vladimir Vladimirovich Dmitruk, General Director of OJSC Severneftegazprom, with words of sincere gratitude. 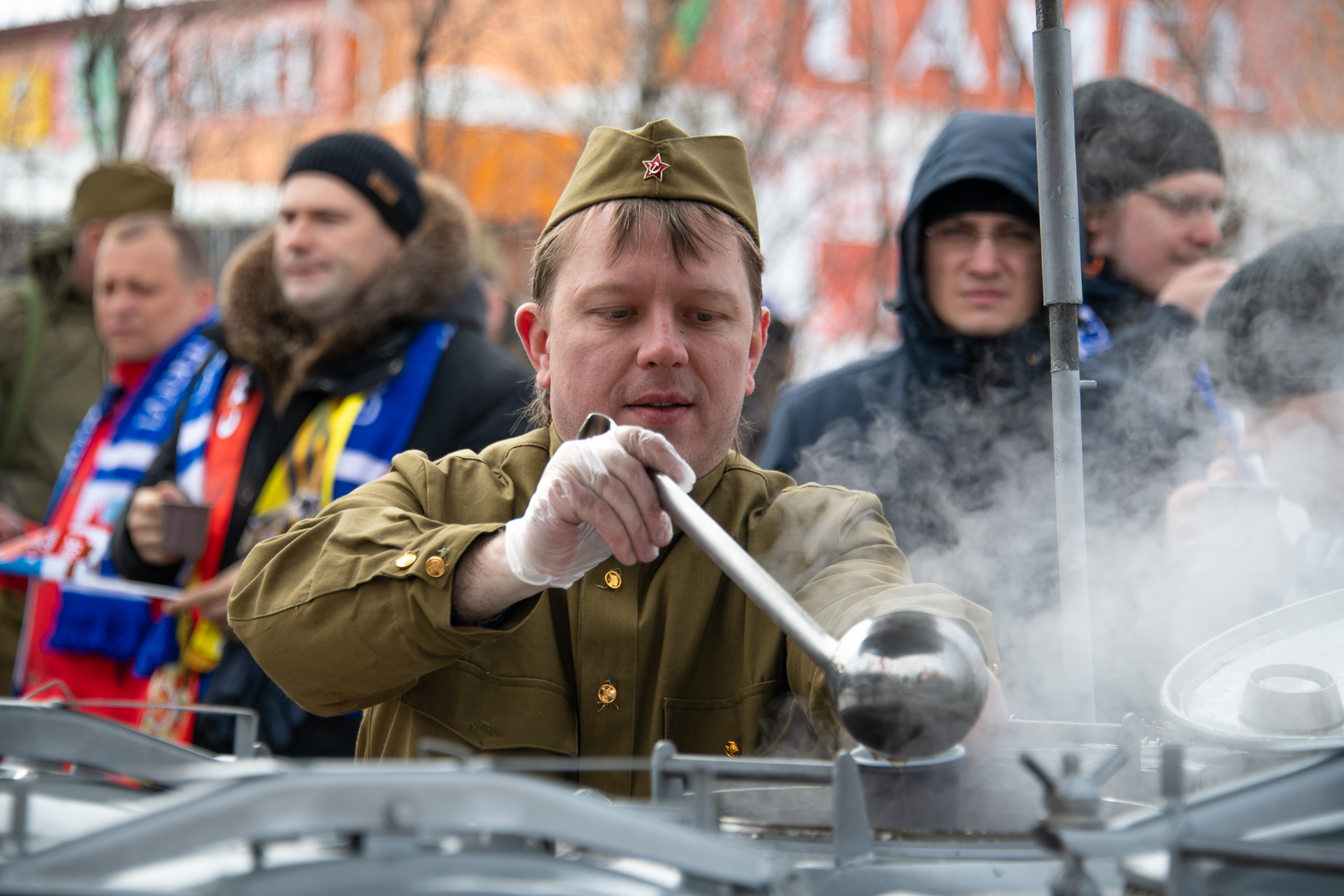 The traditional field kitchen warmed up all participants of the event with the hot tea and delicious festive porridge, cooked up according to the front-line recipe. The weather has fitted the general mood; under the bright spring rays of the sun, the Company's employees, along with other residents of the city, marched along the main avenue of the city, expressing the gratitude to the veterans of that war sitting on tribunes. 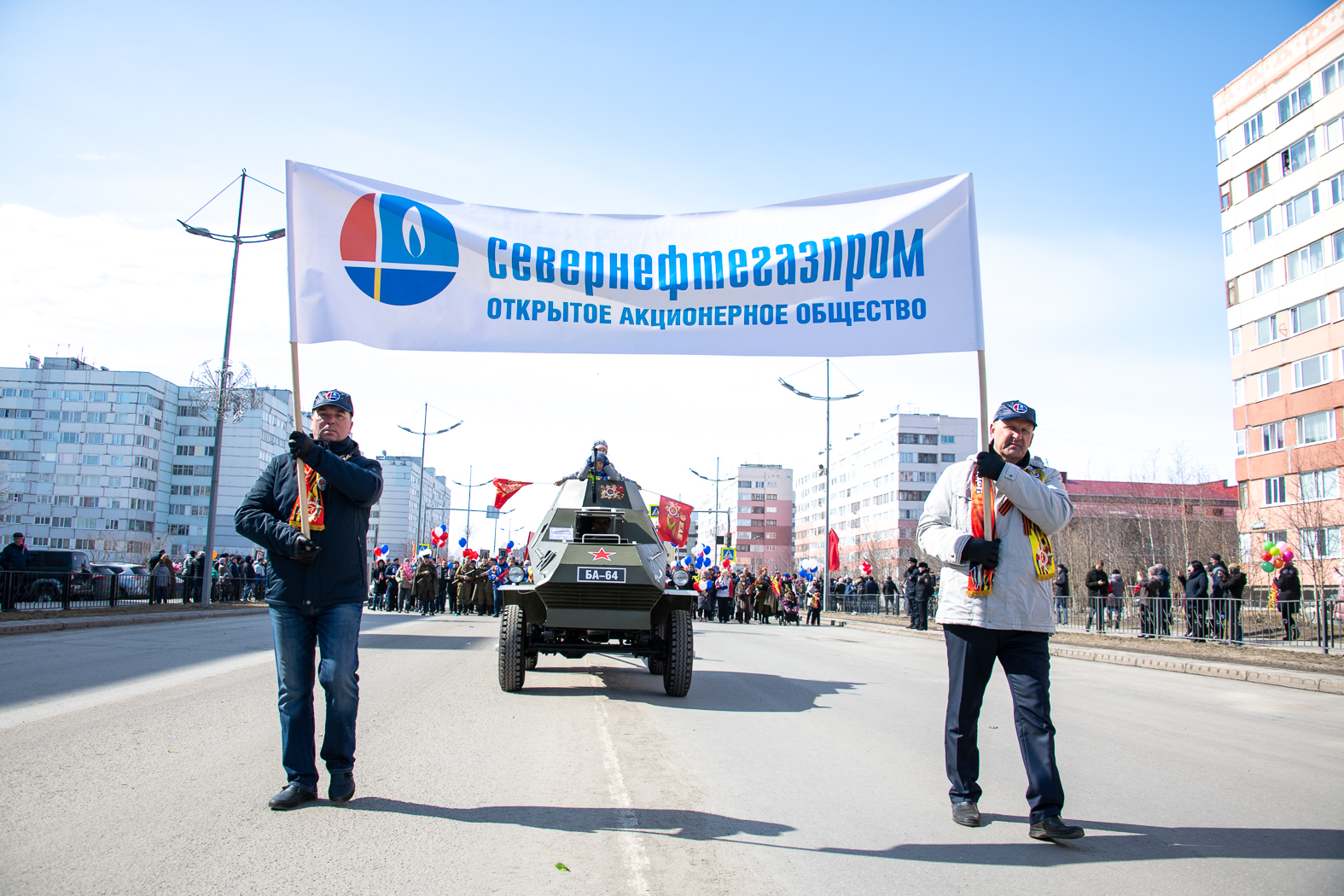 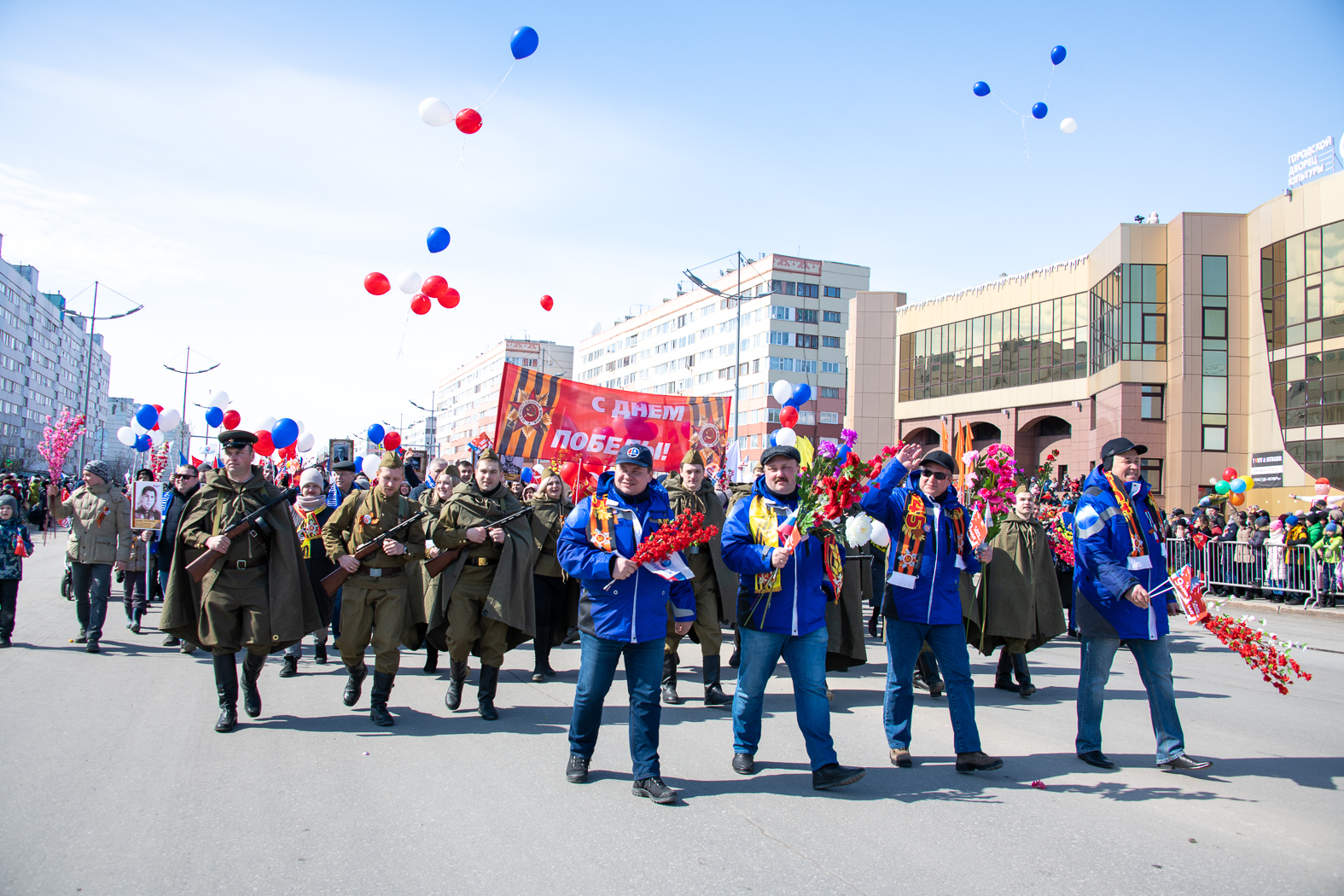 During the passage of the tribune with veterans, hundreds of balloons were launched into the sky as a symbol of peace and a tribute. OJSC Severneftegazprom employees are visiting war veterans living in the city for many years on the eve of Victory Day. Food packages, flowers, and, of course, the words of endless gratitude are addressed to each of them. 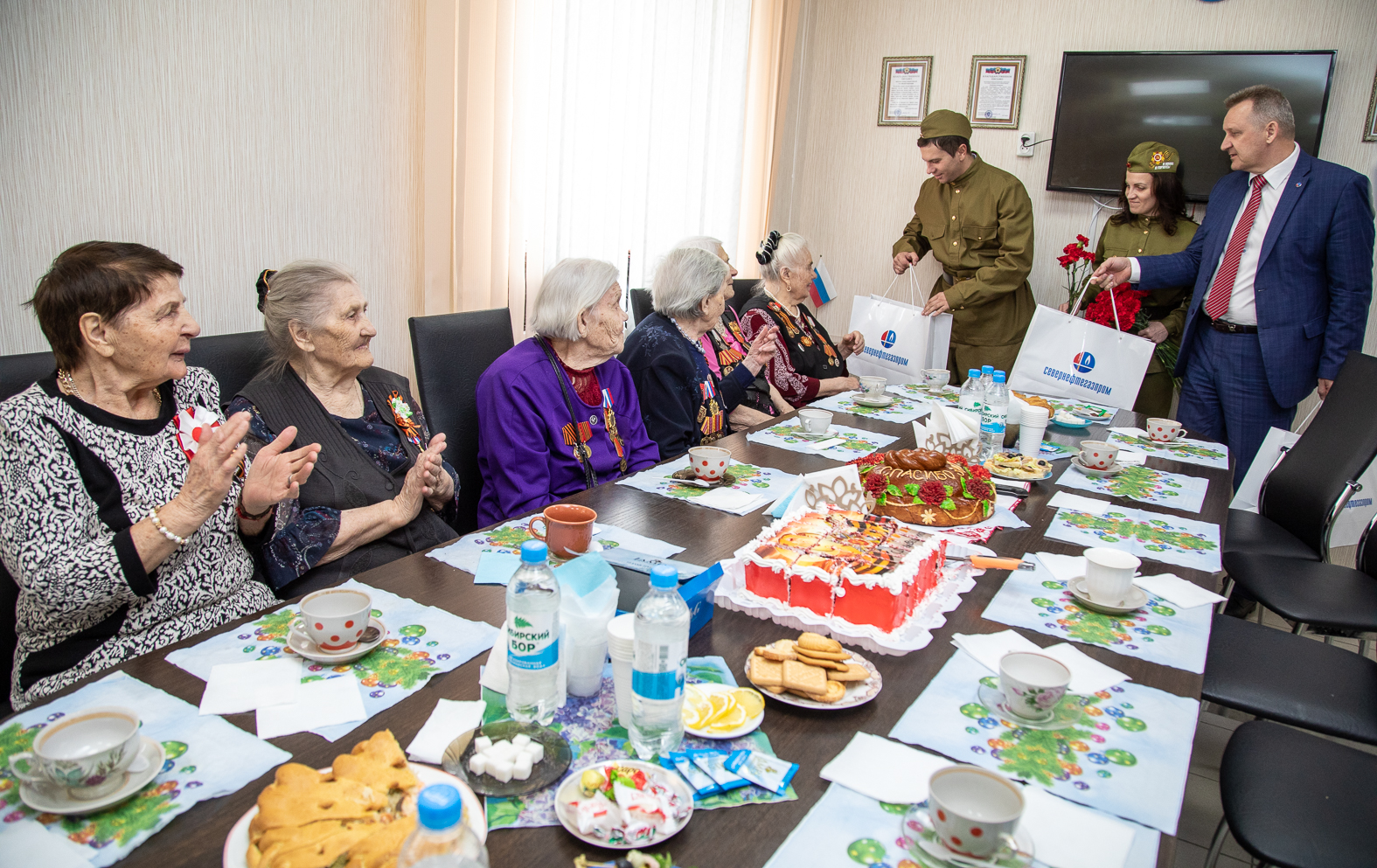 As part of the charity work, the Company annually provides financial support to the city society «Veterans of the Great Patriotic War (pensioners) in Novy Urengoy» and the Novy Urengoy public organization «Children scorched by the war of 1941-1945».

OJSC Severneftegazprom is a city-forming enterprise and annually participates in such events. The memory of the veterans, the military and labor feats of the Soviet people during the Great Patriotic War should be preserved and passed on to future generations.

Traditionally, the most emotional moment of the parade dedicated to the Victory in the Great Patriotic War is the procession of the Immortal Regiment. In the northern part of the city, on May 9, an action of memory took place. Many years in a row the team of OJSC Severneftegazprom has been at the forefront of the New Urengoy Immortal Regiment. 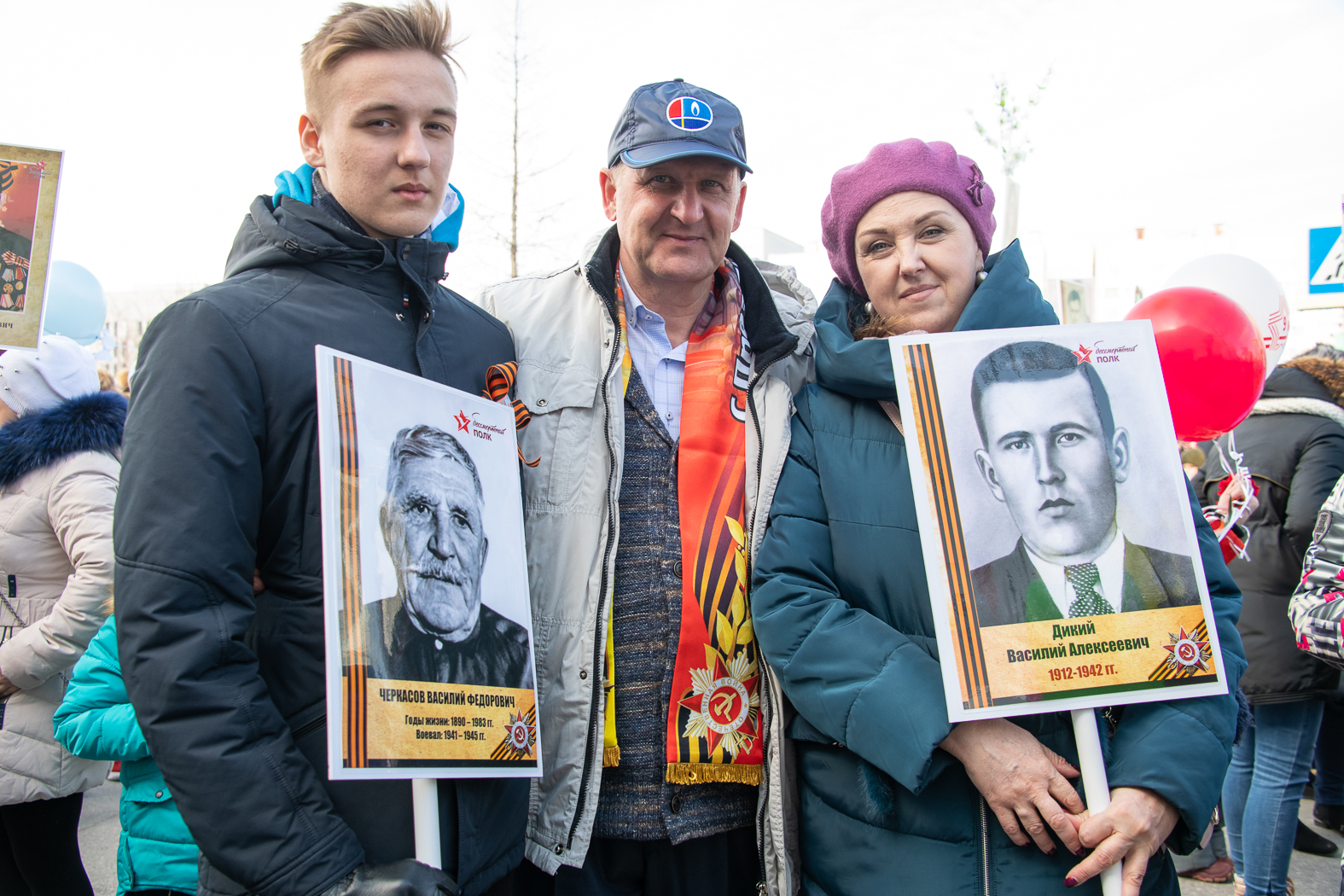 Portraits of the heroes were carried by the citizens of Novy Urengoy along Druzhby Narodov Street, from the square near the administration to the Memory Square. 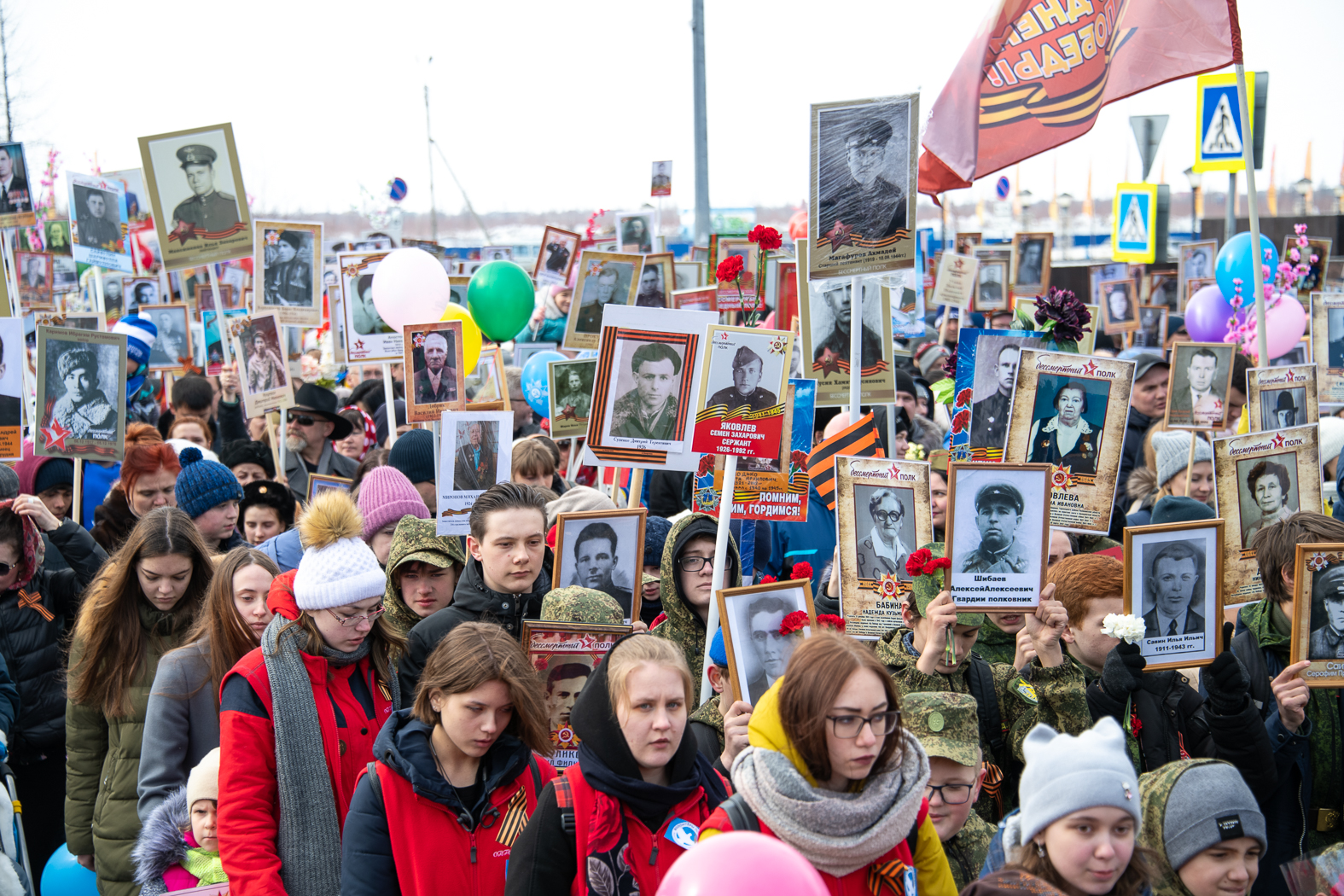 And all of us, regardless of the age, religion and social status, are bowed down in front of this generation of winners. 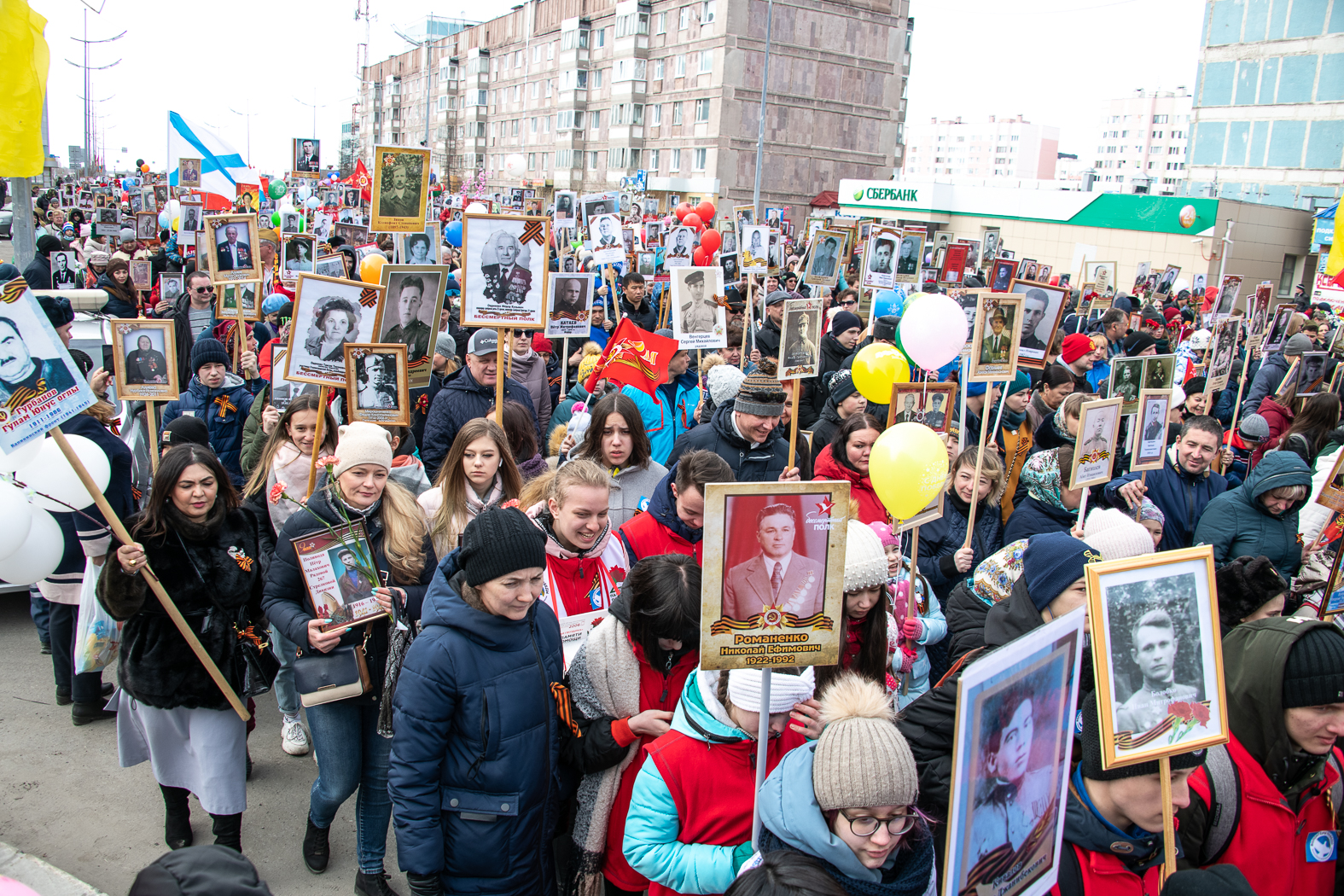 The whole city, all of Russia lined up with portraits of their grandfathers and great-grandfathers to honor the memory of those who did not return from that war. It really is the most sincere holiday, with tears in eyes.

According to the longstanding tradition, the participants of the Immortal Regiment and all those wishing to make a contribution solemnly marched to the monument of military glory to light the fire of memory and lay flowers at the memorial, honoring the memory of those killed by a minute of silence. 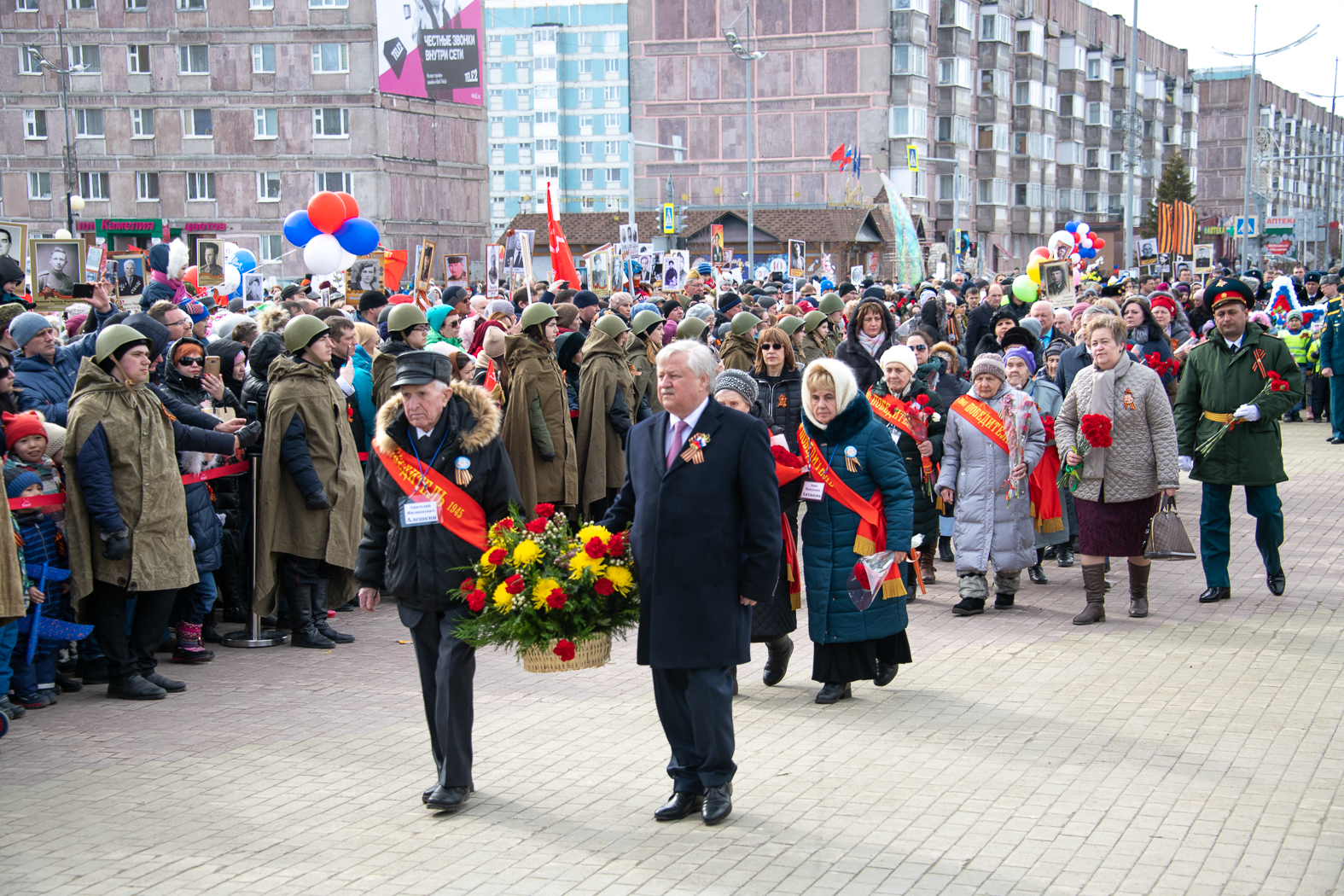 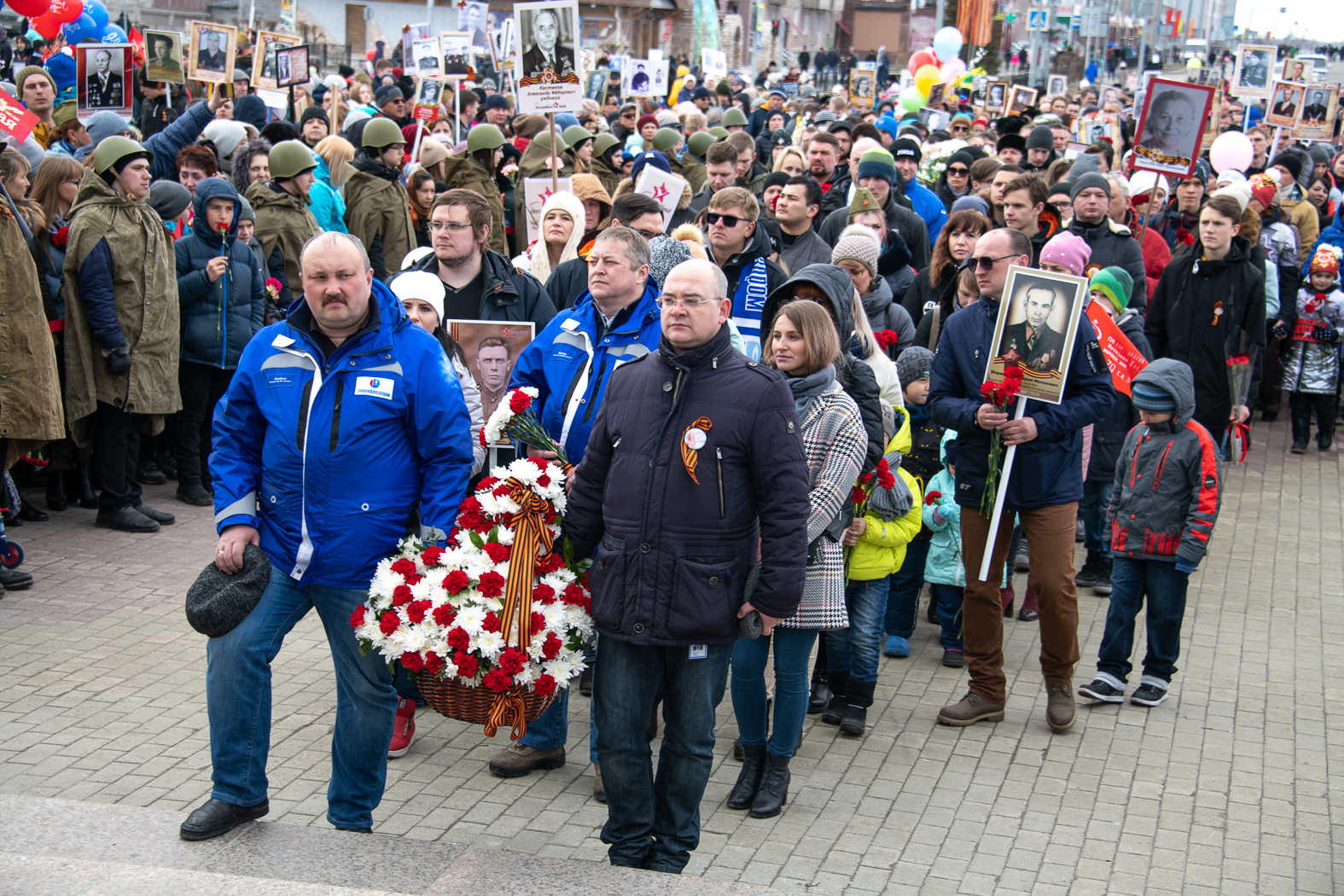 «I am very pleased that the Immortal Regiment has appeared in our country, it allows us and our children to remember their grandfathers and great-grandfathers, think about their future and enjoy the peaceful sky above their heads», said Vladislav Viktorovich Vorobyev, Deputy Director General - Chief geologist of OJSC Severneftegazprom.

The Spirit of Victory unites all nations, inspires faith, inspires for creation. The «Front Brigades» continued the holiday, performing familiar wartime songs and gave the citizens a good spring mood and hope for a long-lasting peace.